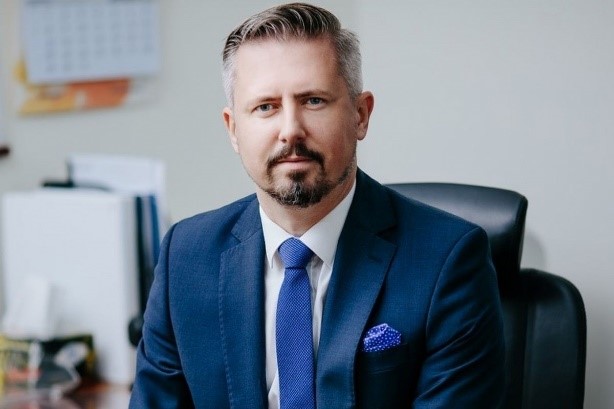 Paweł Stańczyk - President of the Management Board

He is an experienced manager in the energy and fuel sector. He graduated from MBA Energetyka managerial studies at Lazarski University, international relations at the University of Warsaw and managerial studies at the Warsaw School of Economics.
He has been associated with the area of ​​investment and strategic planning for many years.

Between 2006 and 2016 he was the Deputy Mayor of the City of Ostrołęka. for shaping the city's spatial policy, environmental protection and maintenance and operation of municipal facilities and equipment. He also initiated and coordinated complex investment projects. Before he was also the Deputy Director for Foreign Investment and Economic Development in the Department of Regional Development Strategy in the Marshal's Office of the Mazowieckie Voivodeship. He completed an internship in the European Parliament in Brussels and Strasbourg.

In 2016-2018 he was the President of the Management Board of the Logistic Operator for Liquid Fuels where he was responsible for the implementation of the fuel, energy and transport package in the company. At that time, the company reached the record in the best financial results in history. He noted many successes, among others: successful merger of OLPP and PERN companies and obtaining record turnover in fuel terminals. He initiated an extensive program of building new capacities in key fuel bases, meeting the effects of the effective struggle of the Polish Government with the grey market. He ensured efficient communication with the social side in the process of merging companies, as well as implementing legislative packages.
After the merger of OLPP and PERN, he worked for PKN ORLEN S.A. as the Executive Director in charge of logistics. He supervised the logistics of the Group in Poland, Czech Republic, Germany and Lithuania. Companies such as: ORLEN KolTrans Sp. z o.o., IKS Solino S.A., ORLEN Aviation Sp. z o.o. were subordinated to him. He was responsible for the implementation of the Government Policy of the Republic of Poland for logistics infrastructure in oil sector. He signed the long-awaited agreement with PERN S.A. on the construction of the 100 km Boronów-Trzebinia pipeline and also developed conditions for increasing capacity and capacity in supplying fuels through existing PERN S.A. pipelines, especially towards Mościska and to IKS Solino caverns. He also coordinated investment projects focused on building new storage capacities for the company.

In 2018-2020 he was the Vice President of the Management Board for development at ORLEN Serwis S.A. (from 11/06/2018) and the President of Board of Directors at ORLEN Service Lietuva. He oversaw the area of ​​sales, purchases, implementation of strategic projects, process optimization, development of the company's operations on foreign markets.

Member of the Supervisory Board of Polska Grupa Zbrojeniowa S.A. He owns a master's degree in Karate Kyokushin 1. DAN. 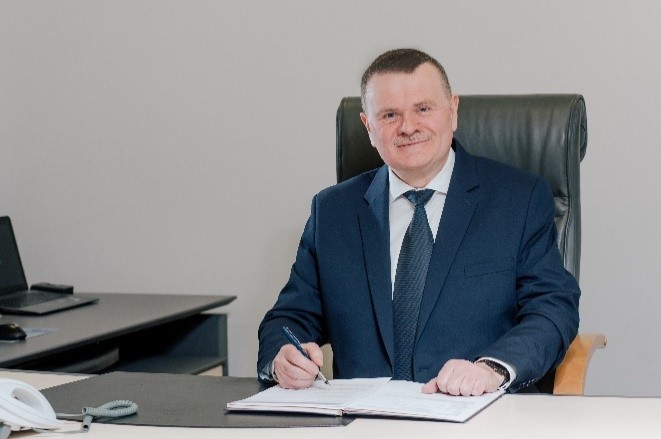 Jarosław Głowacki - Member of the Board, Vice President for Technical Matters

A graduate of the Warsaw University of Technology, Faculty of Power and Aeronautical Engineering, specialization: Energy Systems and Equipment. He also completed: Postgraduate Studies in Local Government and Local Development at the University of Warsaw, Faculty of Law and Administration and Postgraduate Studies in Local Government Leaders at the University of Warsaw. He gained professional experience at the Steel Foundry "Stalchemak"
in Siedlce, where in the years 1987-1990 he was employed as a designer.
From 1990, he was employed at the City Hall in Siedlce. In the years 2005 - 2017 he was the Deputy Mayor of the City of Siedlce. An experienced local government official - he was a councilor
Second, fifth and sixth term of office of the Siedlce City Council Expert of the Regional Operational Program for the Mazowieckie Voivodeship and the Łódź Voivodeship.
From January 2, 2018 to May 8, 2020, he was the President of the Management Board of PGNiG TERMIKA SA. 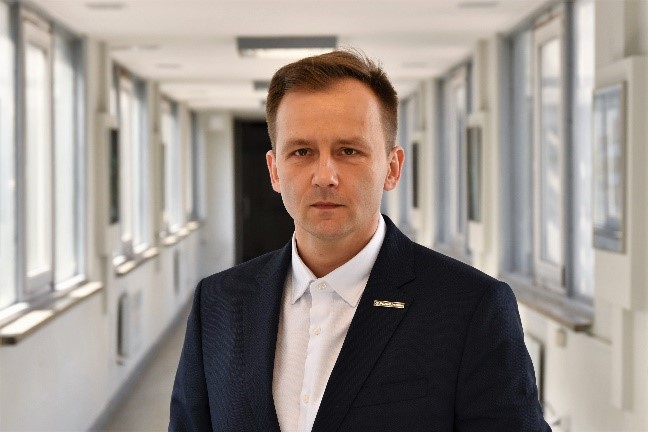 Jarosław Maślany - Member of the Board, Vice President of Operations

A graduate of the Warsaw University of Technology, Faculty of Environmental Engineering - major in Environmental Engineering, specialization: Heating, Heating and Ventilation. Has the authorization of the Minister of Infrastructure to draw up energy performance certificates for a building, a residential unit and part of a building constituting an independent technical and functional whole.
A graduate of the Warsaw School of Economics, College of Management and Finance - Postgraduate Studies in Product and Service Management. He also graduated from the University of Commerce and International Finance in Warsaw, Faculty of Economics, Management and Finance - Postgraduate Studies in Real Estate Management - Real Estate Appraisals.
He holds the title of Doctor of Business Administration (DBA) in the field of Executive Business Education obtained at Collegium Humanum - Main Managerial School and Apsley Businness School
in London.
He gained professional experience in managerial positions working for companies
from the following industries: construction, engineering, environmental protection and energy. Recently connected
with PKN Orlen S.A. - Investment Implementation Area